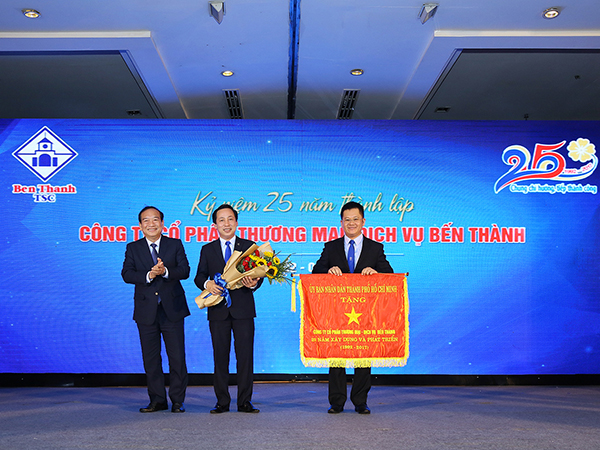 In the ceremony, Trading & Service Ben Thanh Joint Stock Company has honorably received the traditional flag from Ho Chi Minh City People’s Committee. Simultaneously, the Executive Board also gave out beautiful bouquets and campaign medals to former leaders in lieu of deep gratitude, and awarded 88 employees whom has been together with the company for the last 25 years.

In the solemn atmosphere of the ceremony, all members of Ben Thanh TSC together with attended distinguished guests, looked back on historic milestones in the journey that lasted a fourth of a century and gave a toast for Ben Thanh TSC’s many more succeed in the future.